Legal Advice and Representation You Can Depend On 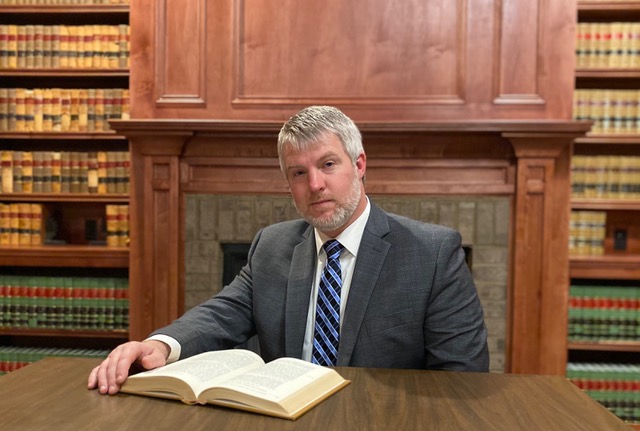 Benjamin T. Bradford is a life-long resident of Walker County. He graduated as salutatorian from LaFayette High School in 1997 and married the class valedictorian, a fact that she never lets him forget. Ben and Lindsay have four children that attend school and play sports in LaFayette. Ben has coached little league baseball, wrestling, and soccer. He is a former member of the LaFayette City Council. He attends Naomi Baptist Church where he teaches the Men’s Sunday School Class and Children’s Church.

After graduating from college with a degree in chemistry and education, Ben taught chemistry, physics, and biology for eight years at Trion High School. While teaching, he attended law school and graduated with honors from Atlanta’s John Marshall Law School in 2010. Ben worked for two years with the Office of the Public Defender, specializing in felony criminal defense, before being hired as an associate by Wm. David Cunningham. When David Cunningham retired, Ben was joined by his close friend and law school classmate, David N. Lockhart.

Ben specializes in all manner of real estate issues, criminal defense, and estate planning, as well as all general civil litigation. An experienced
trial attorney, Ben has an excellent track record with local juries, having successfully tried cases ranging from armed robbery to airplane repair.
In a 2017 defamation action, Ben’s client was awarded the sum of $75,000.00—the largest known defamation verdict ever won from a Walker County jury.

Ben is admitted to practice in all of Georgia’s State and Superior Courts, the Georgia Court of Appeals, the Georgia Supreme Court, and in the United States District Court Northern District of Georgia. Some of his more notable appellate work may be viewed here: 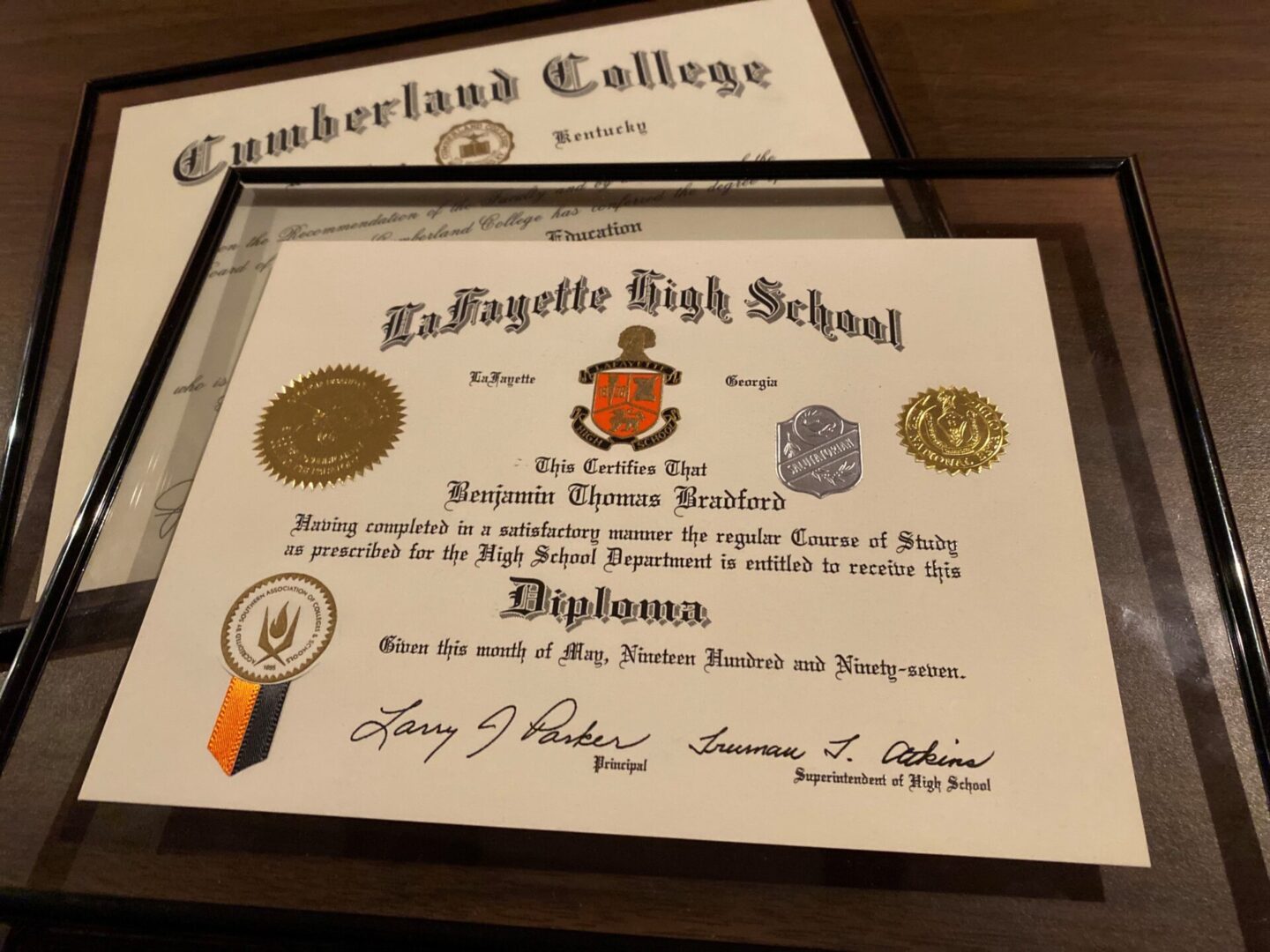 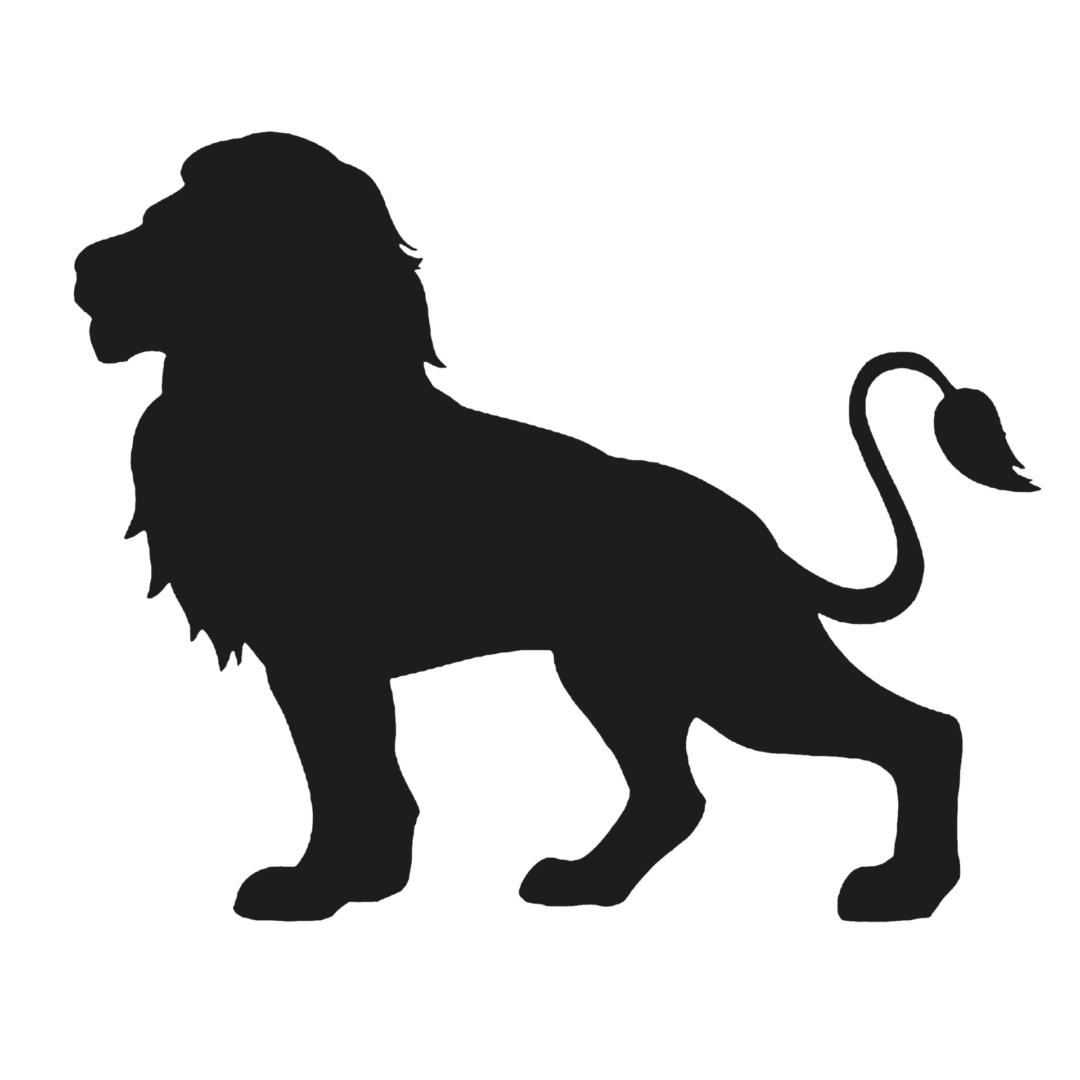 David N. Lockhart grew up in Forest Park, just south of Atlanta. He married his high school sweetheart, and they have four children. David has coached little league ball teams, served as a deacon and Sunday School teacher, and served in public office.

After earning his B.A. in Economics from Georgia State University, David worked as a paralegal at a commercial litigation firm while attending Atlanta’s John Marshall Law School, where he graduated with honors in 2010. The youngest of nine children, David had to fight just be noticed, but being outsized, he learned to fight with words. As an attorney, David has kept his fighting spirit and has a reputation of being a zealous advocate for his clients. David opened his own private practice in 2011, and in 2018, he joined forces with his friend and law school classmate, Benjamin T. Bradford.

David has served as lead or solo counsel and tried or settled numerous cases, including those involving personal injury, commercial litigation, property disputes, and a wide array of general civil litigation and has served as counsel on several successful appeals. In keeping with his name, David has litigated against many “Goliaths,” including several Fortune 500 companies and governments. He has also successfully represented criminal defendants charged with felonies and misdemeanors across the state.

David is admitted to practice in all of Georgia’s State and Superior Courts, the Georgia Court of Appeals, the Georgia Supreme Court, and in the United States District Court-Northern District of Georgia.

A History of Excellence

The law office of Bradford & Lockhart began in 2019, but the roots of the firm run far deeper into in the history of Walker County. Walter B. Shaw began practicing law in LaFayette, Georgia, with his cousin, James Rosser, in 1914. The firm name was Rosser & Shaw. A Standard History of Georgia and Georgians, Volume 6, says the following concerning Mr. Shaw: “His professional success has not been accidental, but well-earned and well deserved. Of strong, vigorous intellect, he has brought to legal practice the reinforcement of wide culture, and his love of the law and devotion to his profession have led him to a thorough mastery of its learning.” The law practice of Rosser & Shaw was general in nature, but they did delve into the specialized field of real property, as evidenced by a title examination letter written by James Rosser to the Bank of Chickamauga, dated February 24th, 1938. The fee for searching the land records as quoted in the letter was five dollars.

Eventually, Walter B. Shaw brought his son, George Paul Shaw, into the practice and the firm was re-christened as Shaw & Shaw. Many of the oldest books in the Bradford & Lockhart library bear the stamp of this law firm. George Paul Shaw continued in the practice of law after the death of his father and became one of the most well-respected lawyers in the Lookout Mountain Judicial Circuit.

For a time, George Paul Shaw practiced law with a gentleman named Norman Fletcher, who would later become Chief Justice of the Georgia Supreme Court. During this time, there was a fire in the library at Mr. Fletcher’s office and many of the books were damaged. Several of the older books in the Bradford & Lockhart library bear the marks of this fire.

In 1979, George Paul Shaw brought in a young attorney named Wm. David Cunningham as a partner. For Mr. Cunningham, the opportunity to work with someone as respected in the legal field as Mr. Shaw was critical to his development as an attorney. Mr. Cunningham’s experience with Mr. Shaw at the beginning of his career would have a lasting impact that would shape the future of the firm.

When Billy E. Mullinax was elected as Judge of the State Court of Walker County, Wm. David Cunningham needed an attorney to continue the real estate business and to handle the excess of cases at the firm. Mr. Cunningham remembered the opportunity that had been given to him by George Paul Shaw some thirty-five years before, and he resolved to give the same opportunity to a promising young attorney in the circuit. It was then that Benjamin T. Bradford joined the firm.

Ben is proud to have had the opportunity to learn and to grow under the expertise and mentorship of Wm. David Cunningham, one of the most respected attorneys in the Lookout Mountain Judicial Circuit. David Cunningham is known for his zealous advocacy, superior legal knowledge, and his masterful use of language. Ben has always felt a certain kinship to Mr. Cunningham, as they were both teachers before entering the practice of law, and they both attended law school while working a full-time job. Ben often marvels at how Mr. Shaw’s decision to take a chance on Mr. Cunningham translated into Ben having the same career opportunity so many years later.

The practice having always required at least two attorneys, Ben found himself in need of a partner when Mr. Cunningham retired in 2018. It was an easy decision to convince his friend, David N. Lockhart, to form a partnership. The pair had graduated from law school together and had remained great friends. Having enjoyed and endured the hardship of attending law school together while raising children and maintaining full-time jobs, the pair came to respect the other’s work ethic, integrity, and intelligence.

After the Cunningham & Mullinax building was essentially condemned by the collapse of a neighboring property, Bradford & Lockhart were forced to move the location of the office. The firm is now located directly across the street from the courthouse, in the old Messenger Building, which was formerly Pennington Hardware Store.

Both Bradford & Lockhart are forward-thinking attorneys that desire to make an impact on the legal field not just in the Lookout Mountain Judicial Circuit, but in the entire state of Georgia. However, they pursue their goals with respect and admiration for the generations of lawyers that laid the foundation for and lend their legacy to what would become Bradford & Lockhart.